Obituary for Juan A. Morales 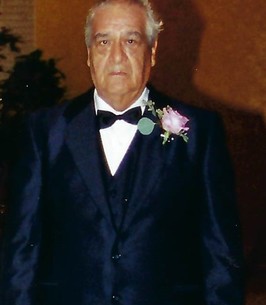 Juan A. Morales was born on January 5, 1942 to his mother Juana Alfaro and father Paz Morales in Nuevo Leon, Mexico. He passed away at the age of 80 in his home in Dallas, Texas on August 4, 2022.


The family will accept friends on Thursday, August 11th from 9:30 am until 12:00 pm at the Calvario Funeral Home Chapel. A Catholic service will be held at 11:00 am and procession will follow to the final resting place of Mr.Morales, Southland Memorial Park in Grand Prairie.